You are here:
Success Story 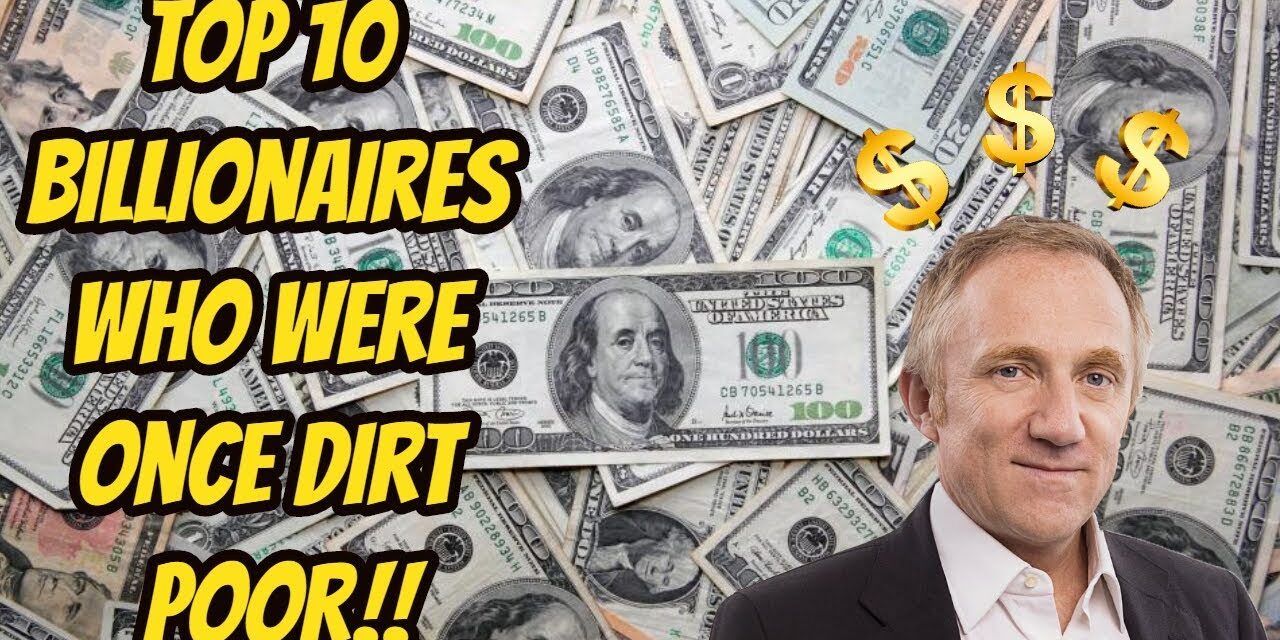 In the town of Golden, in Texas, United States, He was born in 1931. He grew up in a shack with no water, no electricity, no sewers, and through hard work, he got admission to the University of Texas, where he earned a master’s degree in economics. He joined the select club of millionaires after selling for $ 50 million a small chain of stores that he had bought years before. At the age of 82 on December 28, he was one of the greatest experts in large company sales when his death.

George Soros (Fortune: $ 20 billion). He was born in Budapest, with the name Schwartz Gyorgy.

As a child, he survived Hungary’s Nazi occupation and managed to emigrate to England, posing as a public official’s grandson. As a young man, he worked as a waiter and railway clerk to pay for his studies at the London School of Economics. Once he graduated, he spent time working in a souvenir shop until he got a long-awaited job at a New York bank. He became a billionaire after betting against the British pound in 1992.

He was born in 1935 in Milan, Italy, the son of a widowed mother who, since she could not support him and his four siblings, sent them to an orphanage. As a young man, he was a worker in an auto plant, where he lost a finger working on glass. At 23, he opened his own glass business, Luxottica, which became the world’s largest manufacturer of sunglasses over the years. He owns some of the major brands on the market, including Ray-Ban and Oakley.

He was born in 1936 in the commune of Les Champs-Géraux, France, into a low-income family. He had to leave school tired of the harassment he was subjected to for being poor. But that resentment served as fuel for his ambition, leading him to be one of the world’s most outstanding fashion entrepreneurs, known for his ruthless business strategies. He currently runs the Kering conglomerate, which owns top-tier brands such as Gucci, Stella McCartney, Alexander McQueen and Yves Saint Laurent.

He was born in 1939 in New York, into a humble family in the Bronx. Shortly after entering the university, he left to enlist in the army. He then began working as a salesman in a men’s clothing store, where he started to question the rigidity of the ties that were being sold then. At the age of 28, he set out to design and sell his models, and in one year, he made half a million dollars. The following year he founded Polo.

He was born in Los Angeles, United States, in 1944. At age nine, he sold Christmas cards and newspapers on the street to help his family survive. But lack of resources forced his parents to send him to a home for poor children. Then he joined a gang and spent most of his time on the streets until he joined the army. Later, he took out a $ 700 loan to create the John Paul Mitchell Systems brand of hair products. In the early days, he sold the shampoo door-to-door himself and lived in his car. Today Paul Mitchell is one of the leading companies in the field.

He was born in Fresno, California, in 1917, into a family of Armenian origin. Due to the financial difficulties they faced, he had to drop out of school and started boxing. Then, with the starting of World War II, he worked for the British Royal Air Force. Over time, he created one of the largest resort chains in Las Vegas.

He was born in Pakistan in 1952 and, with great effort, managed to emigrate to the United States. His studies at the University of Illinois in finance worked as a Drinkwater in a restaurant for $ 1.20 an hour. He then began working at auto parts manufacturer Flex-N-Gate, where he worked his way up the ranks until he left to found his own company, Bumper Works. He then bought Flex-N-Gate from his former employer. He currently owns Fulham, a Premier League football team, and the Jacksonville Jaguars, an American football team in the NFL.

He was born in 1954 in Mississippi, United States, into an impoverished family. In his teens, he won a scholarship that allowed him to enter Tennessee State University, but his dream was to work in the media. Thus, at age 19, she became the first African-American television correspondent in the country’s history. In 1983, at age 29, he began working on a talk show that would later be called The Oprah Winfrey Show, the most famous in the world. Today he is probably the most significant figure on American television.

He was born in New York in 1953, and as a boy, he was sent to a home for the poor. Thanks to his American football talent, he obtained a scholarship to the University of Northern Michigan, which allowed him to get a job at Xerox. Then he started working at a chain of coffee shops called Starbucks, which had no more than 60 branches. At 34, he became CEO of a company that today has more than 16,000 businesses worldwide.

“I wanted to climb that fence that separated me from people who had more money and happier families. For some reason, I wanted to achieve something that was beyond what people said was possible. I may be wearing a jacket and tie now, but I know where I come from, “he recently said in an interview with The Mirror.